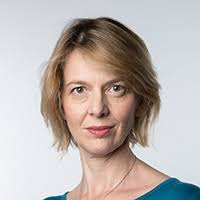 At Woollahra Public School, students from kindergarten to year 6 study philosophy. They don’t ponder the works of Aristotle and Descartes, but they do sit in a circle, engaging in Socratic dialogue as they discuss a dilemma and debate their ideas.

“It’s a process of philosophical inquiry,” principal Nicole Molloy says. “We want them to start, right from the age of five, not being consumers of information but actually thinking critically. We teach them what an opinion is, how they express one, and [tell them] you don’t have to agree, but there’s a way of expressing that.”

Critical thinking, creativity and other so-called soft skills are hot topics in education. In the technological age, as artificial intelligence threatens jobs and technology is rapidly changing the workplace, there is a major, global push to ensure students leave school armed not just with facts and figures, but with an ability to solve problems, communicate ideas and analyse information.

Yet very little detail has been given to schools about what that actually involves. “It’s talked a lot about, it’s in our curriculum now, it’s the buzz thing, but I don’t think as a system we’ve really got to ‘What does that look like in schools?’,”  Molloy says. So, as debate rages among academics and officials about how critical thinking should be taught, leaders such as Molloy are working that out for themselves.

One side of the debate argues educators need to spend more class time deliberately nurturing these general capabilities, which also include creativity, collaboration and problem-solving. The other believes the push is another education fad and says the existing system of generalist teachers at primary school, followed by subject experts in high school, leads naturally to so-called “higher-order thinking” skills as students gather knowledge and gain the maturity to analyse it.

The NSW Department of Education’s Centre for Education Statistics and Evaluation sought clarity on this when it approached University of Virginia psychology professor Daniel Willingham for his advice on teaching these so-called soft skills. “I certainly don’t think it’s a fad,” he says.

For him, the keyword is “general”. “We really don’t know anything about how to teach [general skills],” he says. “How do you sit down and make someone generally smart? The previous guesses were, ‘Well, if you give someone challenging work for a long enough period of time, they’ll get generally smarter.’ We have a lot of data now that indicates that doesn’t seem to be true.”

Willingham defines critical thought as novel, independent and effective, but says there is doubt over whether that kind of thinking can be taught as a generic, catch-all skill, or whether the processes involved are more specific and depend on the subject matter to which they are applied. Can the analytical processes applied to English, for example, also apply to mathematics?

“Psychologists are a little bit split about how best to characterise critical thinking,” he says. “Some people say there’s no point thinking about all-purpose skills. What you are looking at is more narrow, specific skills. Others sat there’s probably something to general cleverness, but we’re having a hard time identifying what those skills are.”

One organisation promoting the importance of general capabilities globally is the education arm of the Organisation for Economic Co-operation and Development. Australian educator Phil Lambert is part of the OECD Education 2030 initiative, which aims to pinpoint the “knowledge, skills attitudes and values” students will need to thrive in jobs that have not yet been invented.

He is also the former head of the Australian Curriculum, Assessment and Reporting Authority (ACARA), and during his time there helped embed seven key soft skills — including critical and creative thinking, cultural diversity and social skills — into the content of the Australian curriculum. For example, an item such as “learns about the factors and causes of World War I” — which Lambert says would have involved a teacher delivering factual information to the student — would be rewritten as “student locates information about WWI and selects and justifies factors and causes for the conflict”.

Critics of soft skills say there is little evidence to support a deliberate approach to teaching them in classrooms, and “in some respects that’s true,” he says. “Literacy and numeracy — we’ve got more than a century’s research — and there’s still debates about that.” But the skills introduced into the Australian curriculum are based on research and teaching experience, he says. “It’s not like it’s developed in an isolated room,” he says. Lambert believes some skills change according to the subject to which they are applied, but “critical thinking is one you’d say is general”.

He is not among the more extreme advocates who argue there is no longer any need to commit a fact to memory if you can Google it, but has some sympathy for their point. “I think where that argument is coming from is there’s so much knowledge in the world, why should some of our subject areas be so heavily based on memorising facts and knowledge when all you have to do is go on a website and you can get it?” he says. “There’s a bit of truth in that.

“My answer to all that is, yes, they need some knowledge — not as much as over the years has been pumped into them in schools. Knowledge that will help them for some outcome, like number facts, times tables, addition facts and so on. You need to be able to recall those without thinking of them. But do you need to know the rivers of NSW?”

Curriculum authorities acknowledge that if they want schools to put more emphasis on general capabilities, they should give teachers some evidence-based guidance on how to do it, and how to assess it. But that’s where they’re stuck.

In the absence of that guidance, many schools, such as Woollahra Public, are working out their own methods. Molloy introduced philosophy and has put a heavy emphasis on debate. Others, such as Lindfield Learning Village, which teaches students from kindergarten up to year 10, are focusing on “project-based learning”, in which students work together to tackle a real-world problem by drawing on skills from several disciplines. They might combine principles of geography, maths and science to tackle a climate question, for example, and then draw on English when they write their report.

Professor Geoff Masters, who led the yet-to-be-released NSW curriculum review, said projects were one of several ways to encourage collaboration and problem-solving. “If the approach a teacher took was to just focus on students’ ability to reproduce what they were being taught, to memorise and recall, there wouldn’t be the opportunities to work together as part of a team,” he says.  “I’m not saying projects are the only way to do this, but I am saying I think there are certain kinds of activities that lend themselves to developing skills.”

But some are deeply worried about the popularity of project-based learning as a result of the emphasis on critical and creative thinking, particularly if it erodes the primacy of traditional, individual disciplines. One of them is Chief Scientist Alan Finkel, who in a speech last year said conversations about preparing children for the workforce are too often misinterpreted as “we need to teach generic skills like collaboration, instead of content knowledge like chemistry”.

Another is NSW Teachers Federation president Maurie Mulheron. Primary school teachers are generalists because that suits younger learners, “but when they get older the content needs to be more rigorous,” he says. “[A soft skills focus] becomes really nebulous, and kids do not like working in nebulous areas.

“[In emphasising general capabilities] we seem to be making a rod for our own back. These are very difficult areas to keep track of kids’ knowledge and to assess it. We are making it more difficult than it needs to be. We are bringing 800,000 kids into school every day, dividing human knowledge into very traditional disciplines, and giving them the content and the skills that come from it. No one has come up with a better model.”

Some jurisdictions are working on it. Victoria’s Education Department has introduced a critical thinking test. The NSW Education Standards Authority trialled one two years ago but hasn’t repeated the attempt. Sydney University is the furthest advanced; from 2021 it will assess students’ in skills in nine areas ranging from influence to inventiveness against a central definition for each discipline and present the results with their academic transcript.

Masters — whose draft review of the NSW curriculum is due to be released soon — says teachers should go on as they have been, but closely observe children’s critical, creative and problem-solving skills as they go about their tasks. “The downside of giving [these skills] a name is that it makes them sound as though they’re different from what’s happening and somehow new to the curriculum,” he says. “They are not. What’s new is we have prioritised them, we’ve drawn attention to the fact that they are important and perhaps more important than they once were. But we’ve always expected students to think critically and creatively, to work together and solve problems.”

His report backed the importance of factual knowledge. The idea that something is not worth learning because it can be Googled is a “terrible, unconstructive, incorrect idea,”  Willingham says. “Your brain is even faster than Google is, and those seconds actually matter when you are reading and come across a vocab word you don’t know. Your brain is much better at context than Google is.

“I think [critical thinking] absolutely can be taught. One is much more optimistic about being able to teach it if you don’t set as your goal, ‘I want to make someone generally cleverer’, and instead say: ‘I want children to know how to solve simultaneous equations in math, or to understand the context of the 1850s gold rush and the impact it had on Australia’s immigration, or how to design a proper experiment about attitudes towards a brand of toothpaste’. Each of those things is teachable, and many, many of them together add up to being clever.”