When it comes to delivering a well-rounded sexual education to children with disabilities, Jarrod McGrath knows better than anyone that it’s what students don’t know that can hurt them. 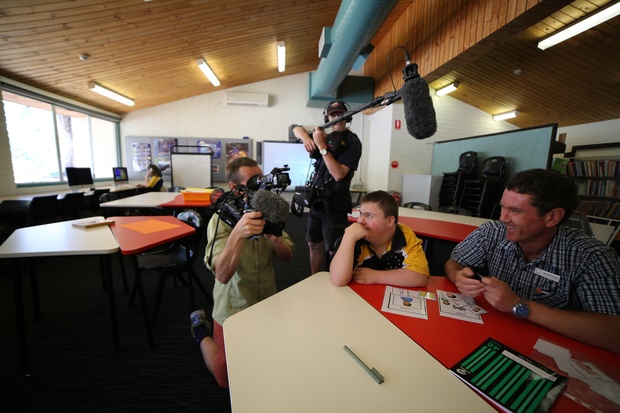 A comprehensive sex education program at the Woden School is giving power back to students.

So, as pastoral care coordinator at The Woden School, McGrath is spearheading an empowering sex education program that addresses topics that might otherwise be left at the wayside.

“I guess one aspect is that there are some alarming statistics about abuse that can happen to people with disabilities because they require a lot of personal care…” he says.

“So part of the motivation is to protect people with disabilities against that potential abuse by teaching them about public and private parts of their bodies and consent and what people can and can’t do.”

Crucially, the program acknowledges that all students, regardless of their capabilities, must be allowed to connect with their own sexual feelings, needs and identities.

Coming to understand these and to respond appropriately, however, is an entirely different matter. This is where McGrath steps in.

While this task suits non-verbal students, McGrath says others are encouraged to start using ‘the language’ from the get-go.

“To say, you know, ‘vagina is private’, ‘arm is public’, as well as talk about how these are the parts of the body that we don’t see at school,” he explains

“And then you go into public and private places, which you do in a similar way, there’s visuals, the students will sort them, and then you explain that ‘OK, this classroom is a public place we do not see our private body parts here’.”

Coaxing children out of their acquiescence is a key goal of the classes. With knowledge comes empowerment, McGrath says, which reduces their vulnerability to sexual abuse.

“And that is part of where consent comes into it, because a lot of people with disabilities are kind of taught to be compliant, if you know what I mean, so a big part of it is teaching them that they can say ‘no’…”

The educator says parents and teachers are often reluctant to discuss sexual feelings, behaviours and their associated risks with children with special needs.

“I think for the parents it comes from a safety and a nurturing perspective, by teaching them about these things there might be a concern that they might pursue these sexual behaviours and they could end up in more trouble by pursuing that; they think what they don’t know won’t hurt them…”

Indeed sheltering students from the realities of adult sexual life is not something that McGrath stands by.

So to share the secrets of the schools’ direct approach to sex education, he recently opened up his classroom to the crew of SBS’s Insight, who descended for a day to gather footage.

“Our students roll with a lot of punches, they are pretty compliant and easy going … but there was the excitement of the cameras and possibly being on TV,” McGrath says.

This story appeared in the July 2016 edition of Australian Teacher Magazine.